Avo­ca­do Finn is no ordi­nary fish. When I first met him, he did­n’t quit look like himself…

He was a maki roll.

A maki roll with… a tail?

No fish has ever gone to being a piece of sushi and come back per­fect­ly intact. Avo­ca­do Finn is tru­ly an extra­or­di­nary fish. And a rather friend­ly fel­low, too. His goofy smile puts every­one at ease…

… and makes you for­get, that as a fish, he should­n’t be able to sur­vive out of water. But look, here he is, chat­ting away, and Mike does­n’t even seem to notice the difference…

And I was com­plete­ly enchanted.

And then I remem­ber this car­toon I used to watch when I was a kid, called “Gold Fish Warn­ing”, about a pink gold fish that not only could live out­side of water but also fly. 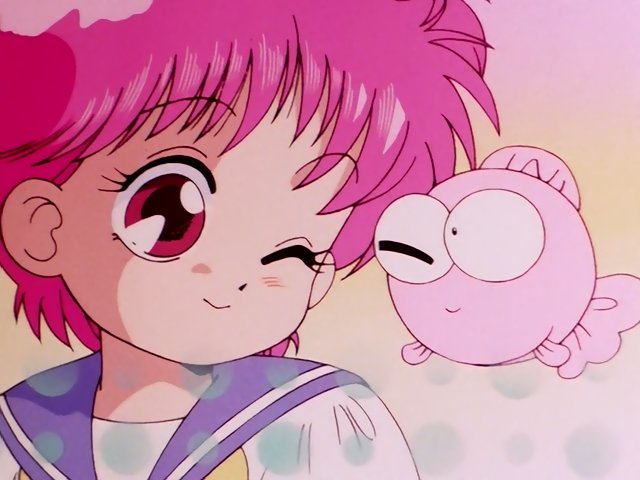 Whether Avo­ca­do Finn has any­thing to do with that pink gold­fish is a mys­tery, as Finn him­self has­n’t giv­en me any clue about his per­son­al his­to­ry. But he’s made him­self quite com­fort­able on our couch, and made a new friend.

He’s even able to make Fil­bert the cat believe that “fish is friend, not food” (at least when it comes to Avo­ca­do Finn).

Don’t need to feel bad for Fil­bert though, he’s in heav­en just hav­ing those balls of yarn around, and he always loves a new friend.

7 thoughts on “adventures of avocado finn”