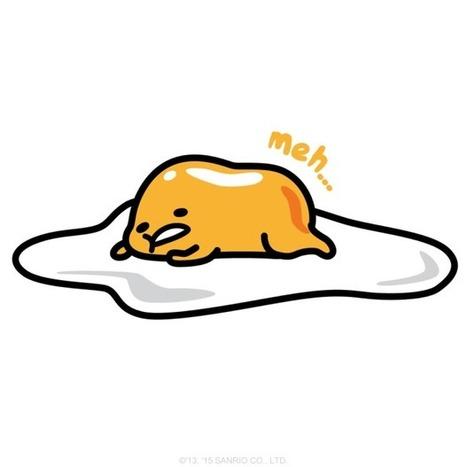 If Gudetama were ever made into a cheesecake, this would be it…

… because I made it in a rice cooker :D

I literally just mixed all the ingredients together and pressed the “cook” button. Found the recipe from this Japanese cooking website, I chose it because it was the easiest (no separating egg whites and egg yokes kind of stuff). I converted some measurements and substituted some ingredients, and it turned out quite beautifully if I do say so myself :D so I’m recording the modifications here in case I have to come back to it again, or if anyone is interested in trying it. Note: I have a 5‑cup rice cooker; for a smaller rice cooker, you might have to halve the recipe as suggested on the original recipe, so it will cook through.

It tasted like a cross between Japanese cheese cake (light, fluffy, not too sweet) and New York style cheese cake (dense and rich). I suspect the denseness is due to me cooking the cake 3 times. The toothpick didn’t come out completely clean the second time and I thought it had to be, so I think I overcooked it. Next time I’ll just cook it twice.

I made it for Mike’s birthday :D I’ll probably make it again for my parents, Mike’s parents, my co-workers, my friends, church potluck… it’s so easy!!

Wishing everyone a sweet Sunday afternoon!

p.s. Gudetama is a Sanrio character in the shape of an egg who is very lazy. It also morphs into different kinds of egg-based foods. His short anime are hilarious, and a bit bizarre… but fun for a short break in the day :)

2 thoughts on “the laziest cheesecake”

This site uses Akismet to reduce spam. Learn how your comment data is processed.