This week I’m letting go of a Puss in Boots figurine that I got from a Happy Meal. I was just going to simply add to the orange marker drawing some black watercolour boots, but then I got a little carried away with the colouring.

Other items this week: An egg-shaped stress ball, a small ceramic mask wall decoration, a couple of Kinder egg toys, an unopened PEZ with Nemo on it, and a whoopee cushion.

And if you didn’t know already, I’m having a giveaway of the Giraffe neckwarmer as part of the letting go project. See this post to enter by Friday :D

Have an awesome Wednesday, everyone!

Giraffe the neck warmer is one of the things that I was letting go of from my last post.

I made it for a craft show a few years back, it’s been sitting in my “potential sale items” bin since then.

It’s crocheted with a fuzzy brown yarn like this and a soft yellow acrylic yarn, with two large white buttons for closure.

This is how it looks on a neck…

Very warm. A customer who bought a similar neck warmer from me said it was good for bike-riding in cold weather.

So if you are interested in giving Giraffe the neck warmer a home, please leave a comment in this post before midnight on Friday February 1st. The winner will be selected using a random number generator and I will post the result on Saturday, February 2nd.

Friends and visitors from far and wide are welcome to enter, I will send it anywhere :D

Have a sweet weekend!

oh my goodness everybody! Haven’t been around here for a long time! A lot’s been going on, but I finally made it — I found five things that I’m letting go of this week. Here’s one of them…

It’s a set of crocheted sushi I gave to Mike years ago, might have been before we even started dating. They’ve come back to my possession after we were married, and they have been sitting in a corner collecting tons and tons of dust. They weren’t very well-made (the hook I used was too big and I used mostly double crochet stitches rather than single crochet, so they’re a bit wobbly), and I’ve since made lots of things for Mike that are in better shape (like groundhog, young kraken, peas, and donut, just to name a few). It’s hard throwing out things with a lot of fond memories attached to them, but letting go makes space for new things.

Giraffe the neck warmer is very special because I’m going to give it away on this blog! :D I still have to take better photos of it, more details to come soon!

Until then, be sure to check out Mike’s post this week in the parallel blogiverse!

Looks a bit like a sailboat, but it is in fact a stack of five books, including a few craft books. All of them were given to me, so now I’m going to give them away to others who might enjoy them :)

Be sure to check out Mike’s post this week in his parallel blogiverse*, Project Brewster.

To read the background story of my Letting Go project (i.e. why the messy, formless drawing?), see the first post here.

Have a great Tuesday!

*Anyone here a Fringe fan? :D 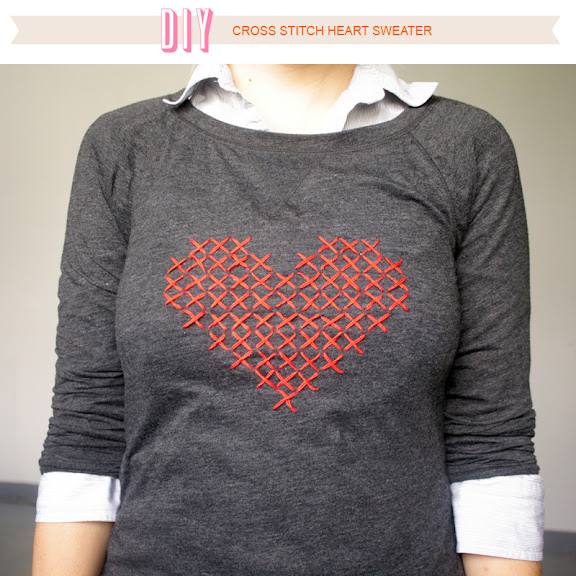 It’s a llama! Or Alpaca? Not sure what the difference are, but they’re both awesome :D So is this plastic animal pin cushion from Small Good Things. 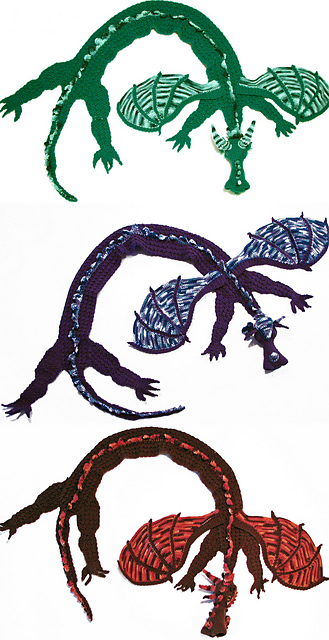 Impressive dragon scarfs pointed out to me by the awesome Amy :D For sale on Ravelry.

Moomin! I used to watch Moomin cartoons when I was a kid. Really enjoyed the calmness and peacefulness of it. Crochet pattern from Samigurumi.

A different way to stamp! I wonder if it would work with just a sponge with some paint on it. From Tally’s Treasury. 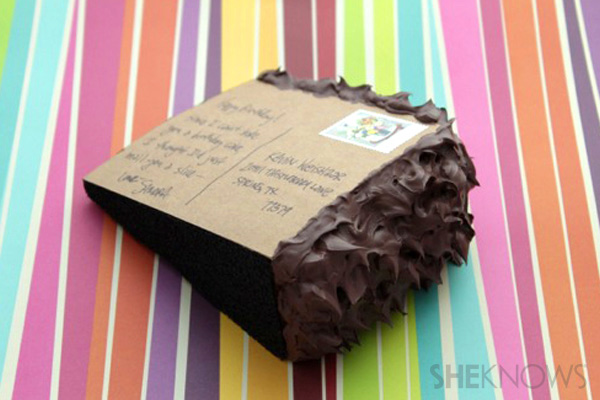 These seat covers look like clouds. With a whopping 20mm hook and merely 3 rounds of crochet! From Pickles. I’d love to make this for a friend who loves to make macarons (and they’re super delicious too!). From Craft Passion.

Lovely granny hat from Revving It Up.

I marvel at super realistic miniature food things but rarely do I find such detailed tutorials for it! This is fascinating — cookie charms, also spotted on Craft Passion.

Have an awesome weekend! :D

It’s a brilliant project of de-cluttering. His goal is to give away, donate, recycle, or throw out five things a week for a year.

In the mean time, I was also looking for a regular art exercise for the new year (similar to the square-a-day project, but less time consuming). Inspired by Mike’s project, I figure I could do the same de-cluttering thing, and in the end we’ll have a much less cluttered living space! :D

The slight difference in my project is that instead of taking a photo of one of the things I’m giving away/donating/recycling/throwing out each week, I’m making a blind contour sketch of it. So it’s a project of letting go of things and a way of practicing letting go of perfectionism at the same time. And because I rarely draw. I think I’ll learn much from the art practice itself.

I bought these shoes on sale for $10 when I was 17. I’ve only recently stopped wearing them because there are holes in the soles. They’re the oldest pair of shoes I have.

Other items this week: More shoes with holes in them, and a few pairs that felt fine at the store but kind of tortured my feet when I started wearing them. Particularly, a pair of pink ballet flats I wore at our wedding. They started cutting into my heels when I wore them several years later and now had blood stain in them :S so they had to go :( That’s okay though, I have plenty of photos of me wearing them at the wedding :)

Have a great start to the week!

Part of my Christmas present for Mike this year is a knitted tiny donut from a Mochimochi Land pattern. Because it looks a lot like the donut in the Excel gum commercial (I can’t find a better quality video of it, but this version of the gum commercial is extra special because it was filmed at Dupont subway station in Toronto, which is also one of Mike’s favourite subway station, featuring two large glass tile mosaics of giant flowers :D) and Mike really likes that donut.

Close to Christmas we got into a conversation about sprinkles, and Mike mentioned that metallic sprinkles are his favourite, so I added silvery beads to the donut.

I got a lot of help from my friend, who is a very skilled knitter and very patient. It took three hours altogether for a pattern that consists of 13 rows of knitting, which is kind of astonishing for me since I’m used to crocheting. The donut is especially challenging for me because it’s tiny and involves knitting in the round!

So you can probably see huge gaps between stitches where the needles join, but I’m still happy with my first attempt of tiny knit in the round :D

And the most important thing is that Mike loves it :D

The first night we arrived in Mike’s hometown, there was a lot of snow.

The next morning, there was even more snow.

Then we went on a bus toward my family’s home…

It’s kind of hilarious how it always looks surprised.

Donut still living in Mike’s coat pocket at the moment. He’s not sure whether he wants to keep it at work or at home. Maybe he’ll take more photos for the travelling donut posts!

Happy travels, wherever you go! :D

Walnut ornaments for a friend :D I saw this really cute walnut ornament from this blog about making miniatures, so I had to give it a try. Plus Mike and I were going to make this mixed-nut cinnamon sugar cranberry topping (for yogurt, ice cream, oatmeal, etc.) to give away as gifts. It took several days to crack the bag of walnuts, and only 10 or so split open perfectly, but I was really happy with how the ornaments turned out :D

Here’s the side of it, so you can see how I attacked the yarn loop. I just glued it on with hot glue.

And I must make the yarn basket because my friend is a very talented knitter and has helped me with quite a few knitting projects! :D

This is a request from my 7 year-old cousin, who wanted a pink stripy cat. It’s modified from this tiny bunny pattern. She later told me that she named the cat Rainbow Unicorn Spiky. Here Rainbow the cat is sitting with Kat Sue the felted cat a friend bought from the awesome Felpa Felt last year.

Hipster bibs for my niece and nephew! I used the pattern from This Young Mama. Forgot to take a picture of the back but it’s actually lined with towels, with snaps for closure. My favourite is the one with the chicken on it. Though when I printed out the pattern I thought it looked too big, so I reduced the size a bit and it turned out looking a bit small on the kids. Oh well. They still looked quite cute on them and I hope they would still be useful for a while…

I just liked how the patterns and colours looked together with these projects so I took a photo before packaging it for mailing. They were going to a friend and her mom. The green ones are actually socks made from this pattern, and the pink is a (knitted!) hat from this pattern. I’m kind of afraid of knitting in circle, and I left it until a couple of days before the parcel-mailing deadline :S So the pattern was perfect because it was knitted flat and seamed, and it’s made with a chunky yarn so it’s super quick.

A Christmas pickle! I thought my friend would like the story that goes with it. Made with pattern from Fresh Stitches.

Gingerbread man pins! Made from Twinkie Chan’s cheerful crochet book :D I made four, but only remembered to take a photo after wrapping up two of them. The idea was inspired by my sister-in-law, who has been wearing the gingerbread man pin I gave her for the past few years despite the fact that it wasn’t very well-constructed and was all curling up and stretched out of shape. So I was determined to make her a new and improved one. It’s actually a really great pattern so I decided to make more for my sister and cousins :D

Cupcake hats! Also from Twinkie Chan’s book. I made them smaller with a smaller hook and thinner yarn for my two baby first-cousins-once-removed (in Chinese they would just call me a cousin-aunt). This pattern is really fun to make as well, wouldn’t mind making several more… who wants a cupcake hat? :D oooh, and I made the pompom cherries with a fork! That’s lots of fun too.

I think I’m more excited about making presents than receiving presents, because it gives me more reasons to make things.

The present that was the most challenging to make deserves a post of its own, so I will share that with you later! :D

Have a happy Wednesday!