I came across this book in the bookstore earlier in the week — a peculiar levitating child on the cover! I would have loved to read it when I was in my preteen years. I was really into haunted stories and such. But I’ve gotten more and more wimpy as I age, and I shy away from books like this lest it gives me nightmares. But it gave me an idea for a levitation photo, as we were going to a Gatsby-themed garden party this weekend at the Spadina Museum, and I thought it might be funny taking a similarly peculiar photo at a historic garden dressed in costume :D

Here’s a more cheerful version. The roses are gorgeous!

Cheerful guest appearance by Mike :D (he never thinks what I do is too silly for him to join in. Isn’t he the most awesome?)

We were looking forward to this ever since we heard about it weeks ago and were excitedly preparing our costumes :D Mike bought suspenders and a bow tie, and I bought a dress from the thrift store and made a hat from this pattern. I really liked the flower pattern on the crown.

People come with such beautiful costumes!

There was a live band (note the musician playing the washboard! :D)

Mike joined in the dancing :D

I loved the beautiful plants inside and outside the house.

We had the most excellent time (and lots of pink lemonade) :D

Hope you have an awesome week!

I haven’t bought a new crochet book in a couple of years, but when I saw Doris Chan’s new book I just had to get it! I was particularly attracted to this pattern.

It’s really an amazing book. I never knew how to join motifs as I crochet them. It’s actually easier than I thought once I got the hang of it.

I wore it with my new skirt to an art show that I spent the past two months coordinating :D Was too busy at the art show to take a phone, so Mike took a couple for me in front of a bush on our way home.

I actually used a cheap and cheerful large ball of worsted weight acrylic yarn. I ironed it on low heat under a wet towel afterwards and it made it a lot softer and drape a lot better.

Since my courses ended I’ve been crocheting a lot! I guess making up for the time when I wasn’t crocheting while being busy with papers.

Hope everyone has a good weekend!

Remember I was crocheting along with the awesome Amy and the wonderful people at Knitorious via Skype? The cardigan is finished and I finally got around to taking a photo of it!

We used a lace cardigan pattern from the new Vogue Crochet. I don’t have a sweater pin, but I have a small piece of driftwood lying around so I used it to hold the front together. I think it actually goes well with it :D

I’m not sure why but the front piece with the beige lace panels seems a lot bigger than the other front piece. So it looks more like a wrap than a cardigan on me, but I think it looks alright. It’s a nice piece to wear to summer nighttime events!

The crochet along was such a fun experience! It’s nice to crochet and sit and chat with other people who are also passionate about yarn and hooks and such. Much more fun than crocheting in front of the TV! Thank you so much Amy for inviting me :D

Have a wonderful rest of the week, everyone!

Oh my, these photos are from last month! Have been busy with many things lately and behind in my blog posts :S

It was Doors Open last month in Toronto, and it was particularly special because the Lower Bay subway station is open for viewing this year. It hasn’t been open for the past few years.

The Lower Bay is an abandoned subway platform underneath the Bay station, but it’s actually still used for training, rerouting trains and film shoots.

With hauntings and such stories floating around, I pictured the Lower Bay being much older-looking, Victorian, even. Although subways didn’t exist in the Victorian era, did it? My imagination often makes things more exciting than they actually are.

So we followed everyone through the secret doorway that I never noticed in Bay station, and down the stairs…

And here it is! The Lower Bay station is actually a lot like the other stations.

It has interesting floor tiles though.

This kind subway staff let us see the end of the platform and watched to make sure that people are safe.

View from the end of the platform. As I stood there Barbara Reid’s Subway Mouse comes to mind…

Lining up to see the conductor’s booth, and realizing that I usually don’t get to stand on the gap.

Meanwhile, film clips that were shot in the Lower Bay were played.

That concludes was our journey to the Lower Bay.

After Lower Bay we spontaneously decided to take advantage of Doors Open and visited Todmorden Mills.

It has a historic paper mill that was turned into a theater. It still has some of the original brick walls and beams.

We even got to see the backstage :D

Then we went on a tour of the wild flower preserve nearby, saw these amazing mushrooms! :D They were giant!

There were also a couple of historical houses on the property. Friendly staff were making ginger cookies on the hearth. They served rhubarb juice as well :D

We toured a house that had a basement. Very dungeon-like. The friendly tour guide told us that the ground is made of river rocks.

And before heading to our next stop (Dairy Queen :D), I found these precious multicolour flowers.

As I’m writing this photo-heavy post I realize that summer travel time is here! :D I love travelling around my own city like a tourist, finding interesting things that I had previously overlooked. And I hope that these Toronto travel posts would be helpful for you if you ever decide to visit the city :D I’m hoping to do more traveling before September (and the new school year) rolls around, so stay tuned for more travel posts!

Have a wonderful week, everyone!

I love to sew. But I don’t really use patterns, and I barely measure.

Most of what I sew are simple square tops and shapeless dresses (actually, they do have shapes, they are rectangles and, if I’m feeling adventurous, trapezoids).

Then one day, I suddenly thought that it would be a good idea to have a gathered skirt. It would be useful for semi-formal events and such. I took a trip to the local thrift store but couldn’t find anything that I liked. Then I went home, and saw this tutorial.

It was the perfect gathered skirt! A skirt I think I can make…

It’s the perfect tutorial partly because it doesn’t have a zipper. I don’t know how to install a zipper. I avoid tutorials with zippers. It looks nice and flat and dressy on the front, and has an elastic on the back :D

I bought this sweet lavender fabric a long time ago and never knew what to do with it. It’s now put to good use!

I used less fabric than what is used in the tutorial. Instead of 45″ across for each of the front and back pieces, I used 37″ and it’s quite pouffy. I also sewed on a skirt lining that has the same circumference as the waistband.

And as you might have noticed — a new hairdo! For the summer :D

It was fun to make, and not too difficult (except I messed up the part about sewing on the elastic and ended up spending nearly an hour trying to get an elastic into the waistband without a safety pin or anything to guide it). I think I might make another one with the vintage bed sheet I bought last summer :D

Have a sweet rest of the week!

Lots of wonderful things for the middle of spring! 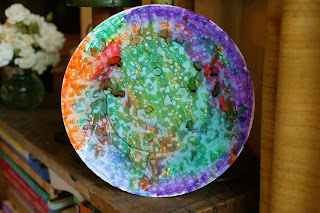 Rain painting! Perfect for today, actually, a rainy day here in Toronto. I love the pattern it makes when paint reacts to water. By Views From My Window.

A knit octopus plush from the ever wonderful Purl Bee. Love the texture on the underside of the tentacles.

Ohmygoodness can anything be cuter than this? Pancake blanket with butter pat friend!!! *squeal* Pattern for sale by the always fabulous Twinkie Chan! (I’m a huge fan!!) 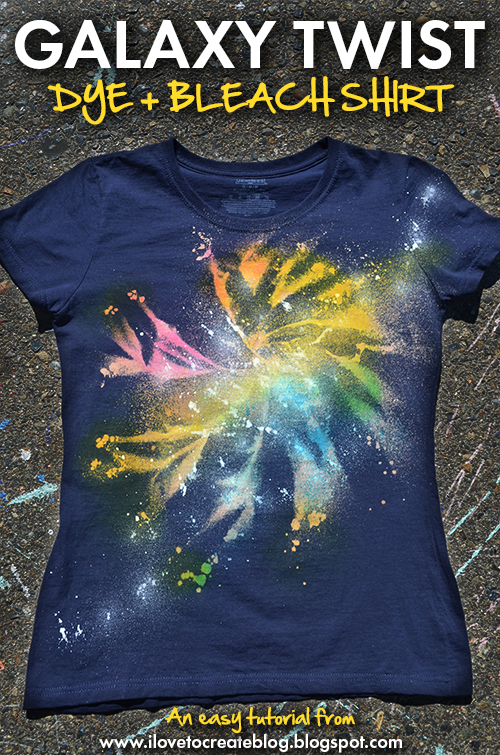 I don’t know where to buy the spray dye kit but love the way that awesome twist pattern is made! From I Love to Create.

Mike’s wonderful co-worker forwarded this to me (thank you, Anne!) — a neck kraken scarf! Pattern for sale on Knit Pick. Check out the rest of the Cryptozoology collection too! I downloaded the kraken wallpaper for my phone :D

Isn’t this so pretty? Pattern generously shared by Handy Kitty on Ravelry. 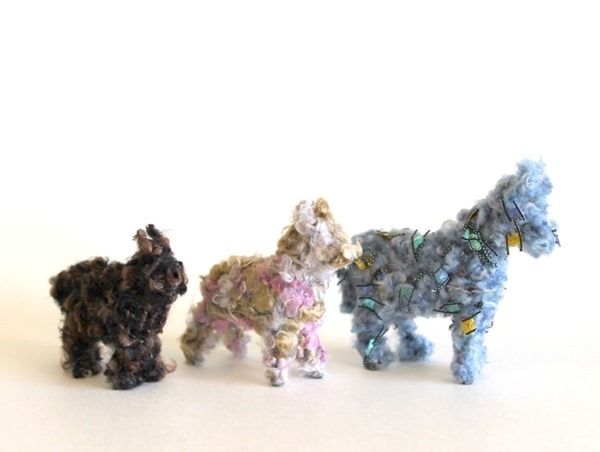 Fuzzy animals, by wrapping yarn around plastic animals. Isn’t that brilliant? And very cute! Look at the grey dog with the party confetti on him! From Homework. Simple and sweet! Watermelon coaster pattern by Make and Takes.

This has a Life After People kind of feel to it. Toy truck planter spotted on Junk Market Style. And finally, have a look at Fiddle Oak’s photostream. Has many of my favourite things — flying, origami, acorns… It’s wonderfully imaginative and simply magical.

May your weekend be filled with wonders and crafty goodness!